NEW BREAKTHROUGH COULD BE YOUR HEALTH GAME CHANGER 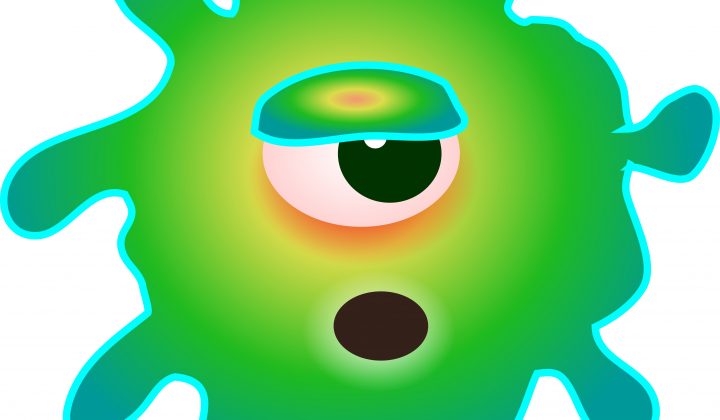 A new breakthrough in research has come to light regarding a disease-causing microorganism that is so tiny, it can burrow deep within the tissues and cells of the human body causing virtually all forms of chronic degenerative disease…

Gone are the days of the old-school-myth theory regarding autoimmunity that blames the body for going bonkers and attacking itself.  It just doesn’t do that for some unknown reason.  The body recognizes an insidious invader…  And your immune system goes after it.

In other words, the immune system has a good reason for taking action!

The body in its infinite wisdom does NOT attack itself!  It attacks an invading pathogen.  The resulting battle zone creates inflammation and tissue damage.

OK, ok, so what is this newly discovered pathogen that is now claimed to be the chief causative agent in almost every form of disease known to man…?

Mycoplasmas.  A teeny tiny microorganism that doesn’t even have a cell wall, rendering them flexible, bendable and deeply penetrable.  It’s kind of a cross between a bacteria and a virus with an almost jelly like, fluid shape that can invade deep into the tissues and cells of your body and wreak havoc that results in chronic, degenerative diseases.

These are the so-called “incurables.”  But the beginning of resolving these chronic diseases is understanding exactly what you are up against instead of incorrectly believing your body has simply gone haywire and is attacking itself for no known reason.  Hogwash!

First let’s look at how this new discovery came about.  Dr. Garth Nicholson, MD, at the Institute of Molecular Medicine came upon these itty bitty microorganisms during the course of his research with DNA-PCR testing.  What he discovered has literally blown wide open the science behind chronic degenerative disease.

He found that these difficult-to-detect bugs are virtually at the very basis of ALL types of degenerative disease.

Now, let that sink in for a moment…

For prior decades, these mycoplasmas were regarded as extremely rare and probably harmless.  Reason being, standard medical technology rendered them virtually undetectable because of this bug’s ability to burrow so deeply into the tissues and cells of the human body.

But with this new and highly sophisticated technology called DNA-PCR testing, these mycoplasmas are now considered much more common than anyone thought.  And, the respected Dr. Nicholson now believes that this family of mycoplasma pathogens are the chief causative agents in almost all forms of chronic disease!

Dr. Nicholson is no longer alone in his opinion.  Other very prominent medical researchers now agree with him.  One of America’s top mycoplasma researchers at the Armed Forces Institute of Pathology, Dr. Shyh-Ching Lo, now concurs that mycoplasmas are the causative agents of many chronic illnesses like cancer, Alzheimer’s, type I diabetes and Rheumatoid arthritis.

Dr. Charles Engel with the US National Institutes of Health now states that mycoplasmas are the probable cause of chronic fatigue, fibromyalgia and other chronic degenerative diseases.  Dr. Maurice Hilleman, chief virologist for Merck Sharp & Dohme states that this insidious disease-causing agent is now carried by everybody in North America and possibly most people throughout the world!

How did we all get infected with this life-threatening, disease-causing pathogen?

An emerging consensus among leading-edge researchers is that most of us were inadvertently vaccinated with them.  Dr. Garth Nicholson explains in one of his research papers that, “These tiny microorganisms do not have rigid cell walls like most bacteria.  Instead, they possess fluid lipid outer surfaces like tiny jellyfish, and because of this, they can squeeze, bend and move into tight spaces.  They can also slide right through laboratory and hospital filters used to produce or maintain sterility, making them one of the most common contaminates in diagnostic laboratories and vaccine manufacturing.”

Clearly, Dr. Nicolson’s discovery of mycoplasmas as the causative agent of chronic disease, carries with it the implication that winning the war against so many chronic diseases means killing off the mycoplasmas that are at the root of these same diseases. So… What does traditional medicine have to offer in this battle against the bug??

When you take all this into account, that your only possible solution is long-term antibiotic use and all its potential risks and damage, don’t you think it is time to explore natural healing options that don’t carry all these toxic risk factors?

If you expect to learn about these options at your local clinic, think again.  If you think your mainstream doc is going to enlighten you on alternative options and research that has proven effective, oh contrare!  His or her hands are tied to following conventional recommendations.

It is time to wake up and start looking outside the box.  What mainstream doesn’t tell you is that there are natural options to consider when you are seeking to restore your health in the battle against the bugs.

You know the old expression…  “Seek and you shall find.”

You can take advantage of a complimentary one-time consultation with me for a closer look at your health situation.  This is my gift to you and there is no obligation.  BUT, these calls are very limited, so grab a time while still available.