SHINING THE LIGHT ON NIGHTSHADES 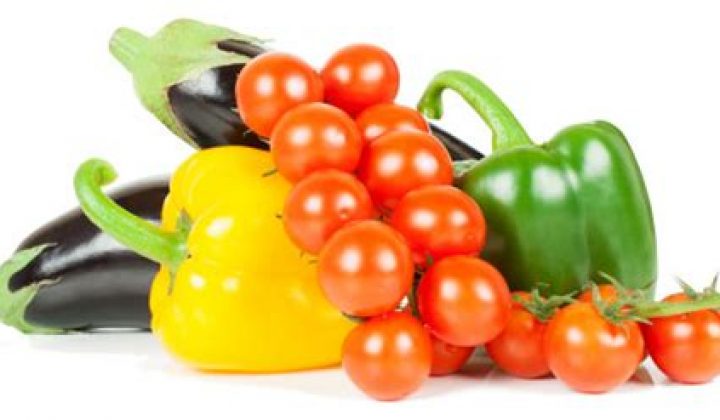 Are you one of the many who avoids the family of nightshades like the plague because you think they are going to cause pain and inflammation in your body?

I’m talking about the highly nutritious…

After poking around to find out why these plants that grow in the shade and bloom at night have historically received such a bad rap, here’s the best trace of evidence I could dig up…

It seems that back in the late 1700’s, a group of wealthy aristocrats regularly dined on pewter plates.  Unfortunately for them, these plates contained lead.

After dining on tomato-containing cuisines, the high acidity in the tomatoes leached lead from the pewter plates, which caused lead poisoning and the death of these highfalutin aristocrats.  Not connecting the dots between the tomato acids and the lead leaching from the pewter plates, the unfortunate tomato got pinned as the cause of their demise.

This seemed to be the beginning of the “deadly nightshade” myth that still haunts the family to this day.  But what about the rest of the innocent nightshade relatives who had nothing to do with the lead-leaching crime scene?

Guilty as charged, by association.

The more you research into this topic, the more confusing it gets. The typical consumer is terrified of the deadly nightshade rumors and recommendations of well-meaning practitioners who warn of the dire consequences of a single bite of the framed nightshade bunch.

Maybe it’s time to reopen this cold case and shatter the myth about nightshades, look at what’s really going on, and reconsider all their potential nutritional benefits.

First, let’s examine why so many people won’t touch a nightshade with a 10-foot pole…

Ok, I hear you.  And I’ll even add that these are valid complaints.  HOWEVER…

Could it be that these reactive symptoms are not actually caused by the nightshades themselves but rather as a result of an interaction with another factor?

Hmmm…  This smells of the tomato-pewter crime scene.  The plot thickens…

In a prior blog post (see THE CAUSE OF ALL DISEASE), I explained about “lingering pathogenic factors,” or LPF’s.  These are the bugs that take up long term residency in your body as a result of past infections.

These LPF’s fester away and patiently wait for the opportune moment when you are your weakest and most vulnerable to rear their ugly heads and create havoc with your health.  I’m talking about things like bacterial and viral infections that have been hanging around for years in your body.

Things like bacterial superstrains such as streptococcus that are now antibiotic resistant from past years of popping antibiotics like M&M’s.  Or viral infections like the devastating Epstein Barr Virus (EBV) that probably struck you as a child before the virus was actually discovered in 1964 and was called something else, like the mumps.

The long term effects of EBV and strep can be an underlying culprit in debilitating health later in life.  The degeneration can be caused by these pathogenic infections that often strike in childhood as tonsillitis, mumps or mono.  Then, they become an LPF, just simmering away in your tissues and organs to strike again later in life as a more serious autoimmune disease.

I’m sure you are wondering what this has to do with nightshades…?  Everything.  Keep reading…

This brings me to the subject of alkaloids.  This is why nightshades are considered “poisonous.”  These are active chemical components found in them…

Tropanes are only found in non-food nightshade plants, so one less concern as it pertains to this conversation.

Nicotine is also found in non-food nightshade plants, so no need to worry about that one either.

Capsaicin gets blamed for causing joint pain or heartburn pain when eaten, claiming that it affects the nerve endings.

But wait, ironically, capsaicin’s heat-producing ability is used in topical analgesic lotions to relieve and manage pain.  Confused yet?

Solanine seems to be the primary culprit under attack when it comes to evaluating the dangers of nightshades.  Wouldn’t you know, while tomatoes are in the nightshade bunch and the original villain from 3 centuries ago, they do not even contain solanine!

Yet others who are not even related to the nightshade family carry the same curse because they are solanine containing—namely, blueberries, gooseberries, and artichokes.

Solanine gets blamed for frequent gastrointestinal upset, nausea or diarrhea when eaten.

But here is the most interesting tidbit of all—solanine is produced by the nightshade bunch as a defensive mechanism against insects and predators.  That’s right, solanine is a natural bug repellent.  Hmm, again…

So besides killing infections and repelling bugs, what else are these alkaloid-containing, night-blooming, shade-growing foods good for…?

So, let’s sum this up.  The components in nightshades fight disease and inflammation, naturally.  But how can this be if the story is that nightshades cause inflammation and contribute to disease?

Because it isn’t true.

Obviously, something else is going on.

Let’s say you are like the rest of the population and happen to have some of these LPF’s that have taken up residency in your gut or joints somewhere along the line in your life.  What do you think the natural bug-repelling, infection-fighting, anti-viral, anti-bacterial, scavenger-consuming action of these amazing nightshades is going to do to these LPF’s when they meet head on?

The nightshades are not the cause of your pain or symptoms, the war to defend you against the LPF’s is the cause!

We all know that when there is war against pathogenic factors in the body, there is die off.  Die off creates detox reactions.

Is this starting to add up to an entirely different perspective on nightshades?

The nightshades, that have been convicted for going on 3 centuries of heinous crimes against your body, are actually innocent and powerful defenders on a mission to search and destroy the devastating LPF’s that are the root cause of your autoimmune diagnoses.

The body does not attack itself like we’ve been lead to believe in the case of autoimmunity, but your infinitely wise immune system (your defensive qi) does attack invading LPF’s.