THE CAUSE OF ALL DISEASE 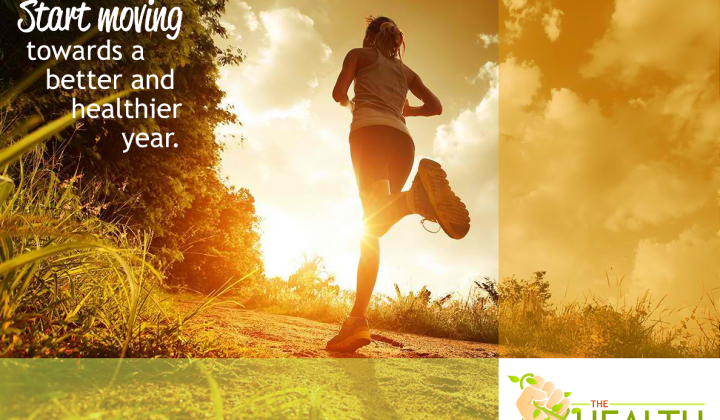 Why do we get sick?  Especially someone like you who is reading this article and trying to do the right things to stay healthy?

Getting to the bottom of disease is a vital part of getting well.  If you want to fix your health, first you need to understand what happened that caused a breakdown to begin with.

Traditional Chinese Medicine has been around for thousands of years.  Its first recorded history was over 2,000 years ago, but it is believed its origins go back more than 5,000 years.

Anything that survives that long is onto something.  Western medicine has been around less than 200 years and already has proven to be a broken system when it comes to restoring your health.

Disease is health gone bad.  When the body is in its healthy state, there is a balance between yin and yang, the qi, blood, and body fluid, and the body to its external environment.  If pathogenic factors interfere, disease ensues.

Healthy qi is the body’s energetic vital force field and resistance factor.  Disease boils down to the battle between pathogenic factors and the healthy qi. When the invasion of the pathogenic factors is able to overtake the strength of the qi in the body, disease will manifest.

This is an ongoing dance between the invading factors and the strength of your qi because we are subject to attack on a daily basis.  If your qi is superabundant, it can slay the invading pathogens.  However, when it weakens, this will give rise to the invaders to seize their opportunity to take you down.

What are these pathogenic factors…?

Now remember, disease only occurs when healthy qi is deficient.  Insufficiency of healthy qi (your vital force) is the intrinsic cause, and the invasion of the pathogenic factors is the condition for the occurrence of disease.

In today’s toxic world, our most powerful defense is maintaining healthy and strong qi at all times.  With it, the invaders are unable to accomplish the task of manifesting disease.  This explains why a roomful of people exposed to the flu bug will result in only a portion of the group falling ill.  Some have strong qi, others who fall prey have weak qi at the time of the invasion.

Contrary to Western perspectives, there are 6 climatic conditions that do indeed endanger your wellbeing—wind, cold, summer heat, dampness, dryness and fire (hot).  An excessive exposure to any of these climatic factors can take you down.

There are also 7 emotional changes that can prove beyond the body’s endurance when they occur suddenly, violently, or persistently—joy, anger, melancholy, overthinking, grief, fright and shock.

Diet, well, we all know when we are misbehaving…  Do the crime and pay the time.

An excessiveness of overwork or laziness can result in qi exhaustion and the heralding in of disease.

Detrimental changes and accumulations in the body can lead to stagnation of the blood, qi and body fluids, which in turn will impact the organs and tissues in a negative way, factors such as antibiotics, heavy metals, toxins, and vaccines.

And of course, trauma.  Accidents and wounds, insect or animal bites, fractures and injuries, all rendering us weakened in our ongoing battle against the evil invaders.

Now, let’s not forget the bugs…  those pestilent invaders who find their way in and take up residency because they are not conquered immediately by the healthy qi, just waiting for your most vulnerable moments of qi weakness to rear their ugly head–things like virus, bacteria, fungus, parasites.

Which brings me to the “lingering pathogenic factors” or LPF’s.  According to Chinese Medicine, these are the factors that hang around for a long time and cause havoc throughout your life.

These LPF’s stealthily enter the body and sink deeper within, only to result in symptoms and diseases later when you are at your weakest and most vulnerable moment as a result of the other pathogenic assaults and accumulations.

The bugs, or LPF’s, are patient.  They wait.  They percolate, they gain in strength and number, preparing to strike when your healthy qi becomes depleted and can no longer keep them in check.

Oh, but you say you never get a cold or a fever?  That’s not the good sign you might think it is.  It’s a sign of a compromised immune system (healthy qi) creating an increased susceptibility to a LPF down the road.

In Chinese Medicine, chronic diseases like the 100+ autoimmune labels for diseases are commonly triggered by the healthy qi attacking an LPF…

These diseases, along with the rest of the autoimmune disorders, all caused by LPF’s (along with other pathogenic factors) that have been hanging around deep in your body for years, maybe even since childhood, have patiently waited for their opportune moment to ambush your weakened qi.

That’s because it is a flawed theory.  The body does not attack itself.  It attacks LPF’s embedded and residing deeply in the tissue of choice, triggered by any or multiple sudden or accumulated pathogenic factors.

In other words…  If the LPF has taken up residency in the thyroid, you may have been diagnosed with Hashimoto’s when the healthy qi began attacking an LPF residing there when you were emotionally traumatized and triggered because your boyfriend cheated on you.

Or, if an LPF has taken up residency in your joints, you may have been diagnosed with rheumatoid arthritis because the qi was attacking an LPF residing in your joints because your toxic buildup had overburdened the liver beyond its ability to keep up with its many filtering functions and your healthy qi became compromised.

Yet still, if an LPF has taken up residency in your gut, you may be diagnosed with SIBO as a result of a resistant, superstrain LPF now embedded in your gut wall from overusing antibiotics and the resulting persistent attack against the LPF in your gut that is causing your diarrhea.

I think you get my drift.

But… the notion of the healthy qi randomly attacking your own body’s tissue just because…?  Mere propaganda from a broken medical establishment that traditional and alternative schools of thought have accepted as truth without thinking it through.

I can no longer buy into this deception. The body simply does not attack itself.  “But, but…”  I can hear you now, and I know what you are thinking.

And now onto your next question…  “Why?”  “Why have we been lead down this illusionary path like sheep regarding the myth of all autoimmune disorders being caused by the body attacking itself?”

That, my fellow health warriors, is another article.

Book a complimentary call with Dr. Lisa while they last by clicking here